On July 27, sixteen of our high school youth and five adults traveled to Denver for a week of service learning with DOOR (Discovering Opportunities for Outreach and Reflection). Each day we were assigned to different service sites, and each evening we reflected on the work we had done, the acts of compassion we had observed, the systems that keep people in poverty, and the need for justice. We also talked a lot about money—what happens when you don’t have enough and what systems are acting to maintain the imbalance of a few people having so much and many others having not enough. We worked in four groups at many different sites: Brother’s Redevelopment, painting two homes for seniors; Juniper Village, interacting with elders living with dementia; Metro Caring and Denver Inner-city Parish, both food pantries; Kadep, a day treatment center for people living with MS or traumatic brain injuries; the Denver Ronald MacDonald House; Casa de Paz, a hospitality house for people coming out of a large nearby Detention Center; and Earthlinks, a garden program that employs low-income people, many of whom are immigrants. 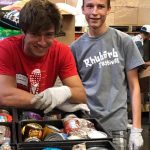 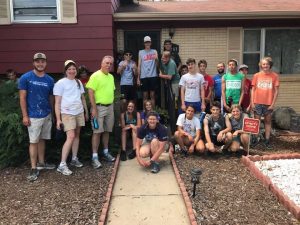 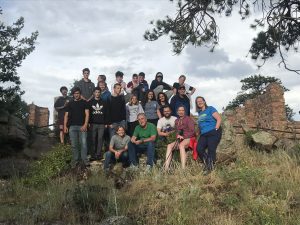 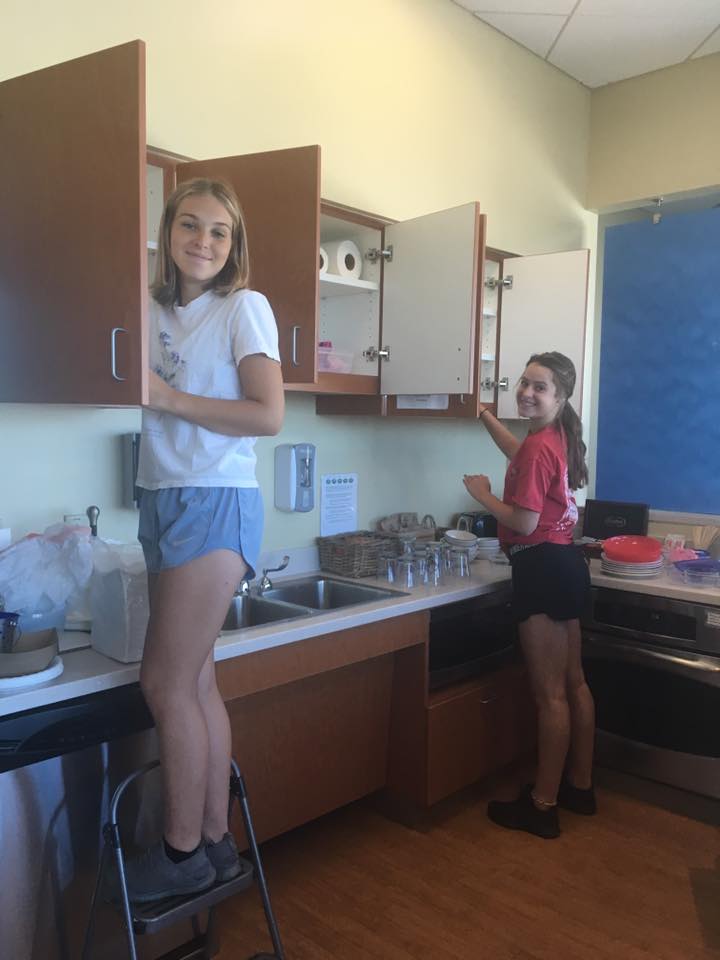 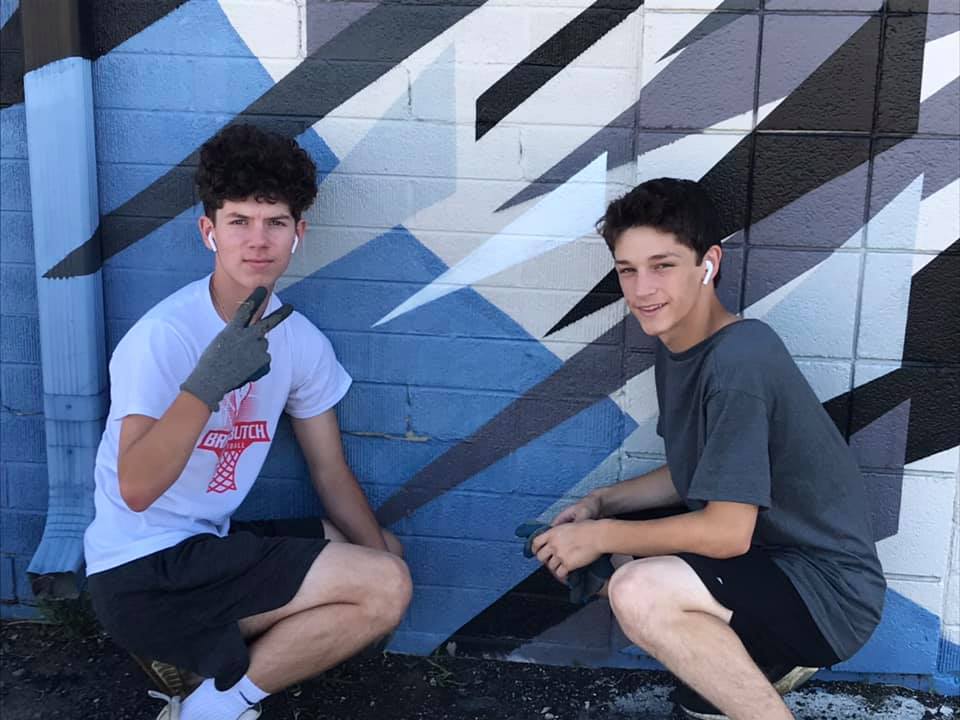 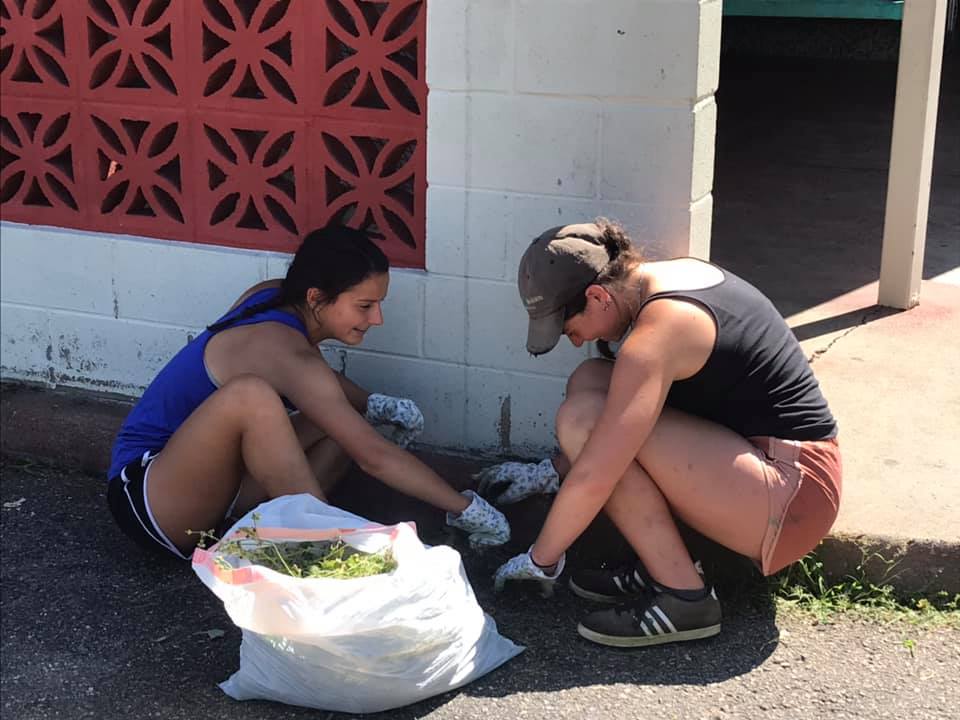 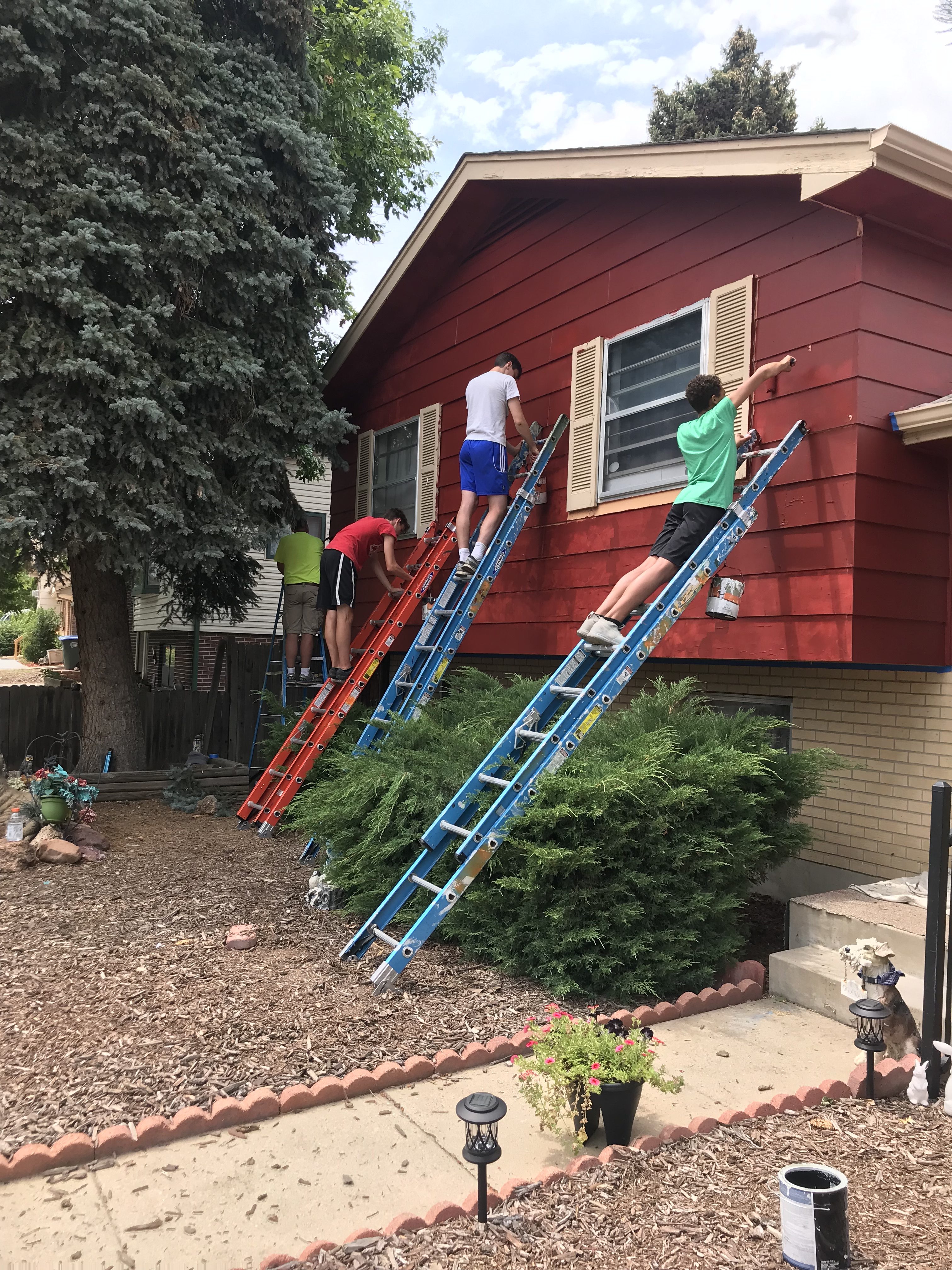 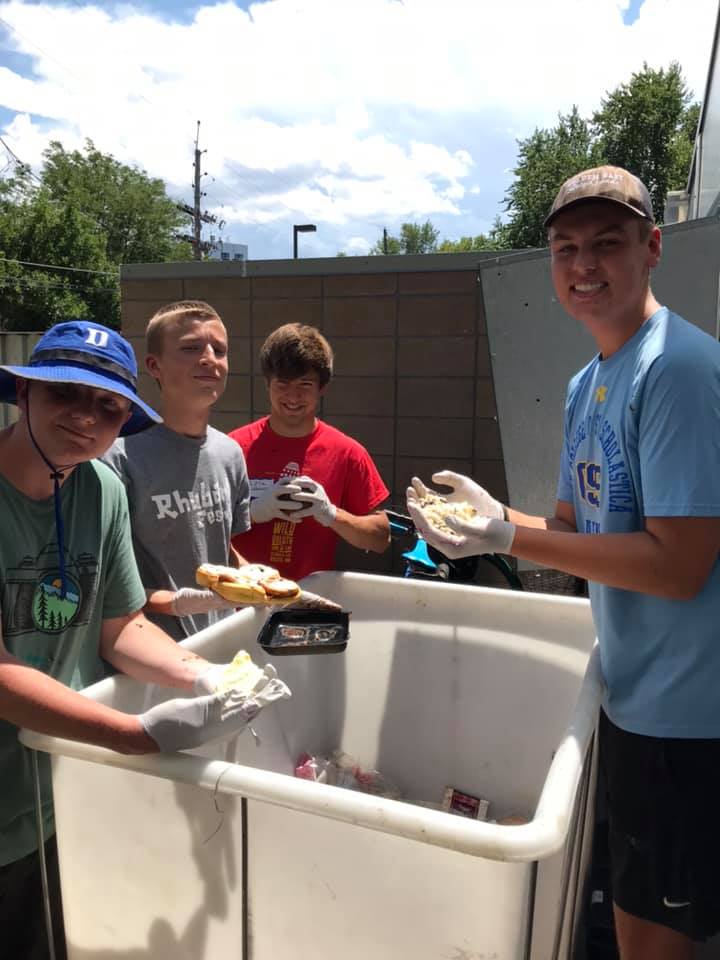 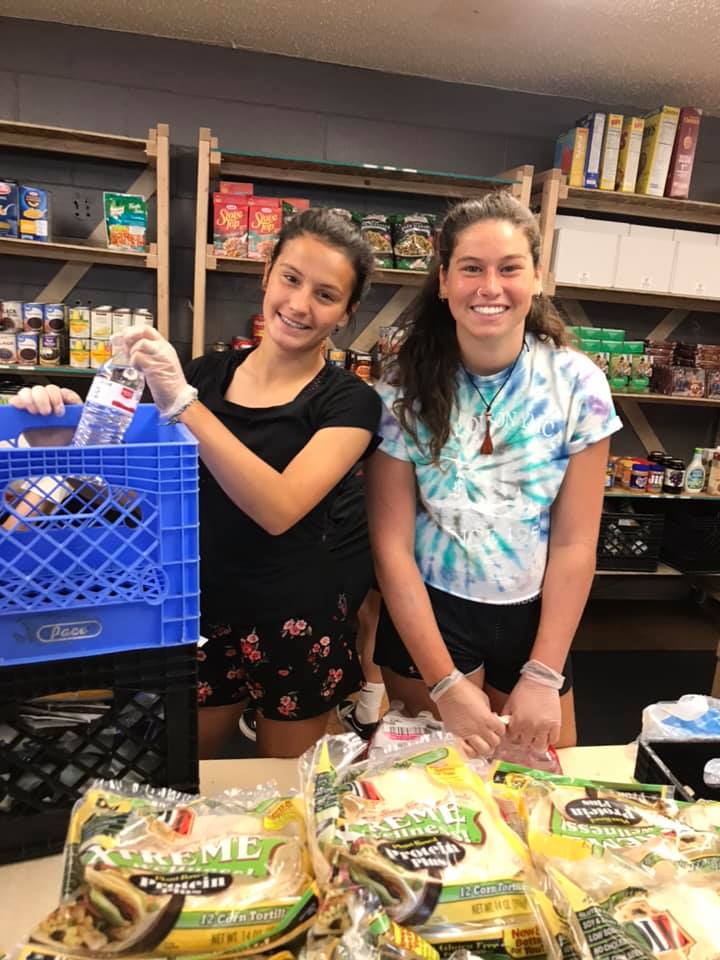 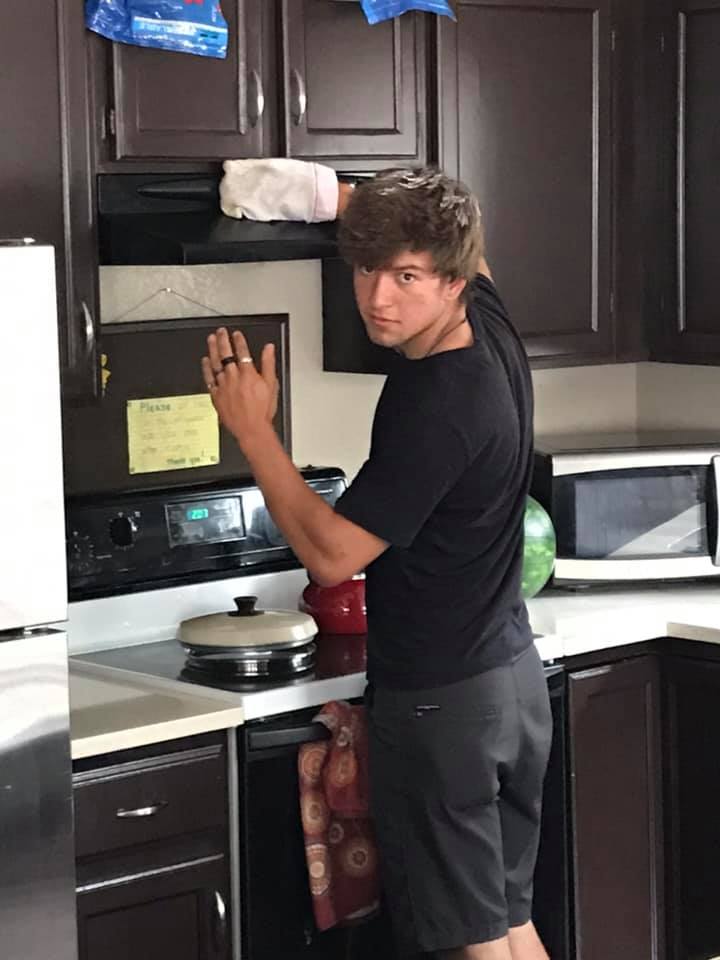 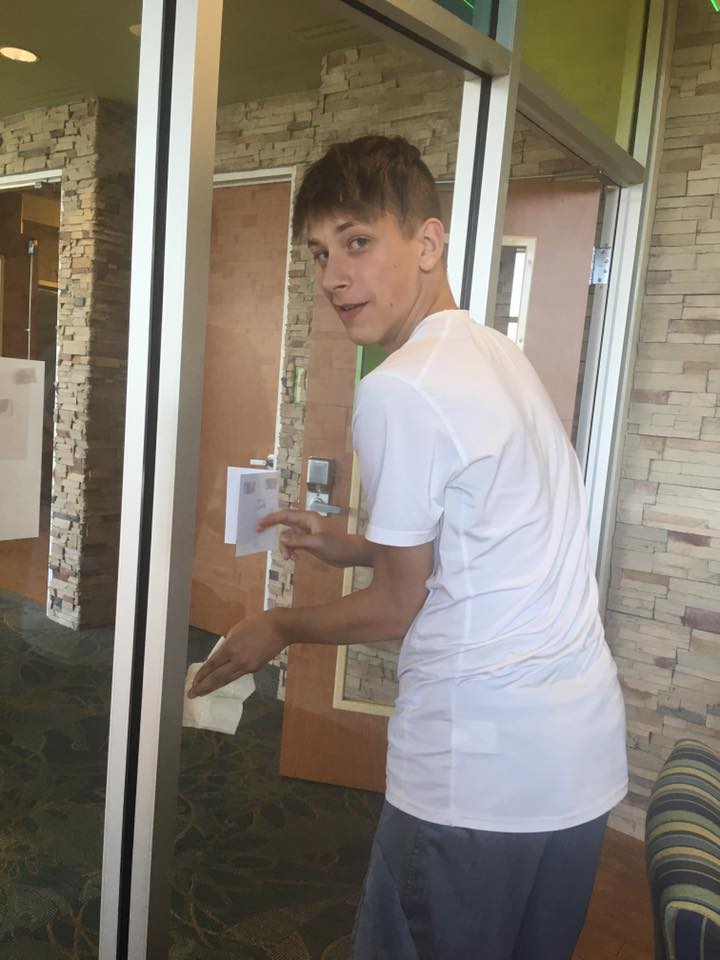 We also talked about the importance of relationships—how taking time for others is where we find the real treasures of life. Each day we shared “onions and orchids”—the hard (onion) and the wonderful (orchid) parts of each day. Listen now as our youth share some of what they treasured about our week together.

“Every night we would do orchids and onions and by the end of the week I realized that all my orchids had to do with relations with people, whether it was my friends on the trip or someone I met at one of the work sites. One moment that stuck out to me was at a bus stop. I sat down next to a man who was African American and had tattoos. After a few minutes of sitting by him I asked how his day was. He replied “Do you care?” After telling him what we had done and listening about his day, he told me that when I sat down he saw entitlement, but as we talked we realized we weren’t that different. We proceeded to talk about many things. Eventually the bus came and I shook his hand and said goodbye. As I left he said, “I love Jesus people” and then prayed. This really opened my eyes to the fact that I judged this guy but didn’t even know him.” – Kai

“For me the most meaningful part of the work camp happened at the Denver Inner City Parish Foodshelf. Here I met a lady who only spoke Spanish and was blind. I was able to communicate with her a little bit using my minimal Spanish skills. But they inadequately met her needs when I was unable to tell her that a can of spaghetti was not a can of pumpkin. I was later saved by another lady who spoke Spanish fluently and stepped in. This experience taught me the importance of working together. There is no way I would have been able to help the lady as much as she needed on my own. Another moving experience for me was in the memory care facility. Here I met an elderly many named Ed. His communication skills were severely impaired but he kept saying, ‘Thank you for coming’.” – Claire

“Something meaningful I experienced on the trip was when we went to an elderly home. I talked to a lady with dementia and she just seemed so happy and joyful when I talked with her. It made me think more about how important old people are in our society.” – Bo

“My favorite ‘orchid’ was when we packed and stocked food at Metro Caring. That day we packed over 20,000 pounds of food. At first we were confused but then we got the hang of it. Our teamwork struck me; without talking the four of us packed over 1,000 tubes of toothpaste in less than half an hour. Another thing that struck me was the direct impact you could see; you go through a door and you can see dozens of people get well deserved and long needed supplies of food. The volunteers there were extremely hardworking and diverse, from a teenager to a 90-year-old German immigrant, all working hard to get the job done.” – Eli

“The best part was carrying out boxes of food for food-insecure people and getting to know them at the Denver Inner-city Parish. At first most of them wanted to tell me that I wasn’t strong enough and would ask one of the boys. But I would always pick up the boxes and we would walk together to their vehicles. I met a funny woman named Karla who shared my hate for kale. I also met a father-son duo, aptly named Steve and little Steve, who had just moved to Denver from DC. It was amazing to see people who would otherwise go hungry walk out with boxes of food. Seeing the joy of the volunteers spill over and spread to everyone in the building was an amazing experience.” – Maari

“Over this past week I learned a lot. I learned a lot about myself, the unfairness of life and how important connections are with other people. All of the connections I made this week are my treasures. So many people wanted to be heard and listened to. Their stories were so powerful. They made me realize how privileged and lucky I truly am. One connection I made this week really stood out. A guy named Mike sat next to me and started talking to me. After a while he started telling me his whole life story. He got in a tubing accident when he was 15 and hit his head on some rocks. He was in a coma for 7 months and doctors didn’t think he was going to make it, let alone move and speak again. He taught me that family, love and laughter are the best medicines. He taught me that anything is possible and that you should never give up. This is a treasure that will stay with me forever.” – Ty

I am so grateful for this time with our youth and for the adults that went along with me–Holly Bowen-Bailey, Lisa Brown, Warren Post and Nathan Holst. Truly, where your treasure is there your heart will be also. Peace friends, ~ Pastor Kathy