Sara Carlson:  A Guide for Love and Justice 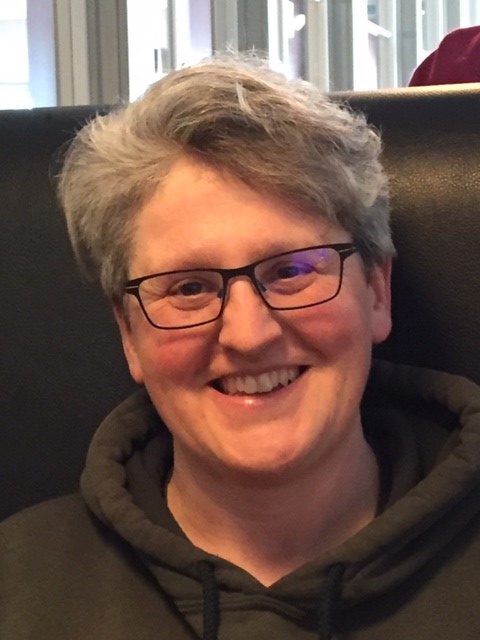 When asked what she would most like to change in the world, Sara initially responded with a wry smile. “Everything!” She then focused on the issues that matter most deeply to her: the environment and immigration. She wishes our national parks were safe, that water was seen not as disposable but as the source of all life that it is. She has also been committed to working for marriage equality.

Sara grew up on a farm in Wisconsin. From the time she was a child, she had a deep connection with nature. She grew up in a conservative religious family. When she was 16, she went with Youth With a Mission (YWAM) to Mexico, where she worked at an orphanage and also helped build cinder block homes. That experience opened Sara’s heart and eyes to the inequality in the world, and also to the fact that she had so much and needed to give to others. After finishing high school, she worked with YWAM for the next nine years. During this time, she did youth outreach throughout the US and Canada; led service learning trips to Mexico; developed mission outreach for the Atlanta Olympics; and worked on community development in India.

While she was in India, she fell in love with a woman. As she wrestled with her heart and the dictates of her faith tradition, she received the message that “God doesn’t want you as you are,” and was sent to be “straightened out.” She was forced to leave the work she loved in India and returned to Wisconsin, where she earned a BA at the University in Madison. She later moved to Minnesota, where she earned a Masters in Social Work from UMD.

Sara’s commitment to giving to others, helping to promote healing and justice in this world, has been at the heart of her life. She has worked with youth in residential treatment centers, and at Soltreks, a wilderness therapy program. She worked with a community offender reentry program through SOAR Career Solutions; was a counselor at the Minnesota Sex Offender Program in Moose Lake; has worked in hospice; and is currently a therapist in the student health center at UMD. She also volunteers with the American Red Cross, providing mental health assistance to communities dealing with disasters, including hurricanes in Houston and the Virgin Islands, fires, and most recently to the Fond Du Lac reservation after the funeral shooting.

Reflecting on the connection between her faith and action remains a source of conflict for Sara. In her early years, she bought the message of her religious tradition “hook, line, and sinker.” She was an evangelist, but realized that while she loved the humanitarian service part, “I was terrible at proselytizing. Who was I to think my way was better?” Increasingly, the tension between her sexuality and her faith became a source of pain.
“I dedicated nine years of my life to serving a God who supposedly hates me.” She found it impossible to reconcile her faith and her sexuality, which led to her walking away from her faith. It was a time of crisis, for her faith was a core part of her life.

Through the example and support of friends and her own spiritual quest, Sara found ways to claim her faith, her sexuality, and her compassion. She attended an “Opening Our Doors” conference, which led her to Peace church. The first time she walked into Peace, she realized she had found spiritual welcome and the possibility of a spiritual home. For her, though, the wilderness remains a deeply spiritual place, a place where she can believe that “everything just might be OK.”

Sara loves to travel. She and her partner, Melissa Gerads, have spent months with Work Away, an international program providing opportunities to work in countries around the world. They lived and taught in a refugee camp in Thailand, where they experienced first hand the longing for home, and for asylum in places like the US. Sara was struck by the gratitude and hope of the refugees, even as the US closed its doors to them. It was “humbling and infuriating.”

Her commitment to working on immigrant issues led to her involvement with the Interfaith Committee for Migrant Justice. She helped with the remodeling of space in Peace church to house people in need of shelter. After viewing the movie Harriet, Sara has been inspired to think about the possibility of forming a new underground railroad for immigrants. She smiles as she considers being a new kind of wilderness guide. In reality, she already is: a guide who works to make love and justice tangible every day.