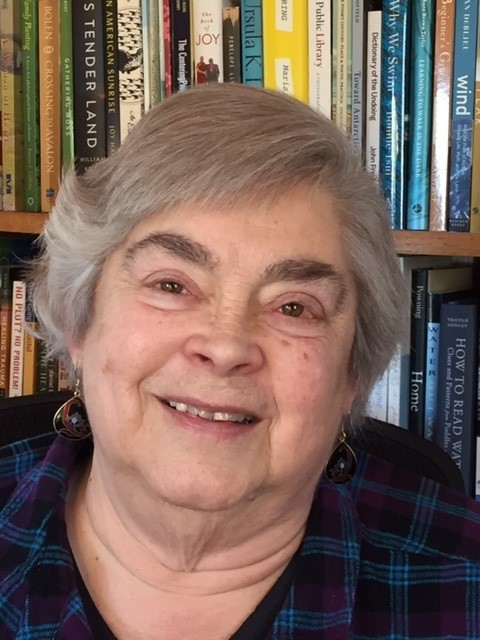 These watchwords inspire Pamela Mittlefehldt’s daily dedication to finding words—words that give voice to the urgent cry for justice in a world on fire.

It seems fitting that Pamela’s first awakening to those fires of injustice was in witnessing the silencing of a most celebrated voice—that of Paul Robeson. Robeson had been invited to sing at the college where her father taught, but every hotel in town refused to rent him a room because of his race. That childhood incident sparked Pamela’s lifelong pursuit to use her life and words to redress imbalances of power, wealth, and access skewed by race, ethnicity, age, sex, sexual orientation, ability. The change she desires most is that we as a society reshape our thinking about wealth and power. “It’s not about control. It’s about balance, and honor, and having the deepest respect for each other. . . It is the ongoing struggle to heal what’s broken and to create a world of justice and wholeness.”

Pamela began her quest for justice in the peace and civil rights protests of the 60s, and decided that the best way to make a difference was “to get people to use what they were given in terms of their creativity and voice and brain power,” and that the best ways she could do that were through writing and teaching. Pamela’s first teaching job was at an inner city school in Chicago—a class of African American, Asian, Latino, Dutch, Chicano, and Appalachian students. She had them write often, so they could learn “how to take a feeling and put it on paper, and how to listen to others.” Pamela later spent a year at the Center for Intercultural Documentation in Cuernavaca, Mexico, with Ivan Illich, who had a significant influence on her thoughts about education, as did a Cuban literacy worker there. After completing her MA in Library Science, she spent a few years as a public librarian. She went on to teach in an alternative community college program, Metro State, and the University of Minnesota, and after completing her PhD, taught American Studies, Community Studies, and Women’s Studies at St. Cloud State for many years.

Writing, story, poetry, finding words are at the heart of Pamela’s quest for justice. Audre Lorde’s “Poetry Is Not a Luxury,” captures Pamela’s belief that poetry “is a vital necessity of our existence. It forms the quality of light within which we predicate our hopes and dreams toward survival and change, first made into language, then into idea, then into more tangible action” (Lorde). “That’s how I respond to my faith and cry for justice—by honoring the voice and story of every living being…Our stories are the one thing that provides a possibility for common ground.”

Pamela has pondered themes of silence and silencing over the years—a cruel irony now that a paralyzed vocal cord has effectively silenced her voice. Seeking to overcome silencing, she has encouraged voice in others—nurturing writers through editing, teaching, and writing workshops. Peace has been a place that has allowed her to do that. She came to Peace because of the social justice focus and because the people of Peace “embodied Micah 6:8—to do justice, love kindness, and walk humbly together.” Here she met “people who made faith action,” and faith without action for her is “an empty cymbal.”

For Pamela, “the root of faith is the question, and questions are action…Faith is questing; it’s search; it’s the attempt to embrace the world while trying to change it for the better. Questions are grounded in wonder and wonder is the essence of faith…For me, faith is about seeking, the journey, the transformation.” Many have inspired her quest—Audre Lorde, Robin Wall Kimmerer, Terry Tempest Williams, Paul Wellstone, her friends. Two questions she has pondered lately—“Why is the world so beautiful?” and “Why is the world so ugly?”—drive her faith, her words, and her actions. The one fuels her rage at injustice, and the other grounds her in a deep sense of gratitude for the wonder and beauty of the world. So I end with the words of e.e. cummings, who, she says, “teaches me as much as anybody about gratitude”—words that were among the first she memorized, were at the heart of her and Bill’s wedding, and will one day be in her memorial service: “I thank You God for most this amazing/day: for the leaping greenly spirits of trees/and a blue true dream of sky; and for everything/which is natural which is infinite which is yes.”