Lyn Clark Pegg: Seeking Balance and Justice for All Creation 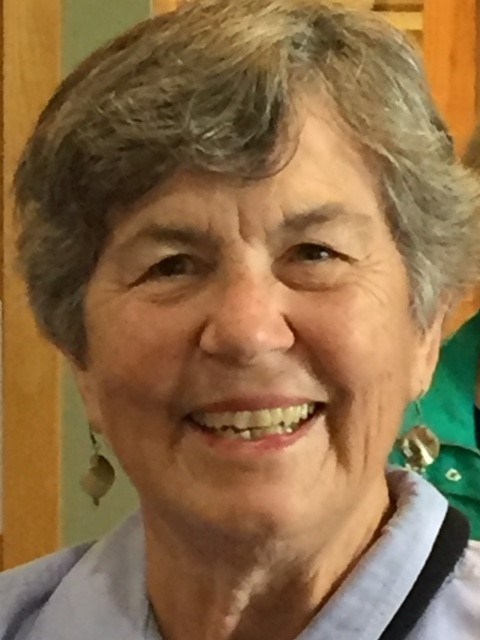 Back to Justice Ministries
One topic that Lyn Clark Pegg cannot remain silent about is unfairness and inequity.

“I cannot tolerate intentional human-inflicted suffering—on the earth, on people, on all of creation.” She believes that equity, fairness, balance, and justice are interwoven throughout all creation. “Our ecosystem is designed for balance. Balance is intrinsically embedded in Earth, yet humans have created imbalances everywhere. Our attitudes of dominance, superiority, exploitation for personal gain undermine the possibility of a common good.” Lyn is seeking a code of ethics that honors balance for ALL beings—“two-legged, four-legged, winged, finned, and non-living.” She is committed to joining “efforts that disrupt the status quo, organize solidarity and build resistance to systems that oppress and exploit.”

Lyn’s formative years were grounded in two polarities. She grew up in Pittsburgh, in the midst of a family and urban society that valued “hierarchy, WASP supremacy, material success, and capitalism.” Her father was the vice president of a small coal mining company. Yet, from pre-kindergarten through high school, Lyn was educated at Winchester-Thurston, an all-girls’ school that was grounded in this core principle: “Think also of the comfort and the rights of others.” (Miss Mitchell). Academics, critical thinking, and social justice permeated the environment. Lyn is grateful for these polarities. She lived in the midst of white privilege, but at the same time she was educated to be aware of gender equality and social responsibility.

Those oppositional dynamics were tested and transformed by the movements of the 1960s and 1970s: civil rights, women’s rights, peace and justice, the environment. She met Rev. Adolphus Cartier, the pastor of an A.M.E. church in North Carolina, who opened her eyes to racism. While living in Hartford CT, Lyn and John became involved in organizing around issues of discrimination in housing, employment and education. Then their family embarked on a back-to-the-earth experience for five years while living on thirteen acres in upstate New York, where they raised goats, chickens and pigs, and heated with wood.

In 1986, the family moved to Duluth, where John became the pastor of Peace United Church of Christ, and Lyn worked for Lutheran Social Service as a therapist and office manager. Lyn became committed to promoting diversity in the workplace; she returned to graduate school and wrote her dissertation on women of color in U. S. corporations. Lyn’s final place of employment was in the Psychology and Education departments at UMD, where she taught and was a supervisor for student teachers placed in racially diverse schools in the Twin Cities.

Lyn continues to work for balance and equality through a range of organizations and commitments. She is involved with Witness for Peace—leading delegations to Central America, supporting speaker tours, and doing advocacy work. She also participates in local community efforts to support inclusivity and social justice, such as the Dismantling Racism team at Peace Church, NAACP Duluth, and Grandmothers for Peace. She was one of the initial organizers of Understanding and Dismantling Racism: An Interfaith Project, ASDIC (Anti-Racism Dialogue Circles), the Un-Fair campaign, and Cracking the Shell of Whiteness. Lyn is now becoming active in social justice work in Fort Myers, Florida, where she spends the winter.

As Lyn summarizes her commitment to social justice, she commented: “I like being involved in justice-making from the grassroots to the global level—it gives me inspiration, energy, and temporary relief from frustrations at any level! Doing what I can, when and where I can.”

Attempting to share her concept of the divine, Lyn reflected that “God is Mother Earth to me… God has created a complex and interconnected world. We are here to be protectors of creation.”

As she thought about the connection between her faith and action, Lyn said “God is a God of justice and love. No justice, no God. We have the capacity for good. We must use it. Don’t just do good. Stop evil.” She believes her role is to find “where I can fit and be an instrument of constructing good. My faith is to be true to these principles, to stay on this pathway. For me, this is faith.”