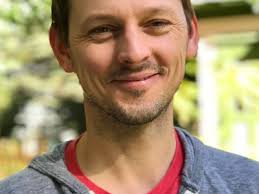 What social concerns or issues matter most deeply to you?
What would you most like to change in our world?
I think a lot about our economic system in general. I read a book last year called
A Different Mirror by Ronald Takaki in connection with a class I taught at CSS.  The book tells a history of our country from the experiences and viewpoints of people of color, including indigenous people. He describes a system founded on exploitation and a myth of endless expansion, which from the beginning has meant the abuse of land, water, people, and indigenous nations. It’s important to continue to consider and account for the abuses of that history in their own right, including the impacts for people who have been marginalized by it.  What struck me also reading the book, though, is the idea that many of the big problems everyone is facing today—problems that are becoming increasingly unavoidable like water scarcity, resources pressures, and the climate emergency—have their roots in this history of exploitation as well. Because we are dealing with a finite Earth, an economy based on exploitation and a myth of endless growth logically can’t work. The potential good news in this, I think, is that we may be forced to recognize that all of our futures are bound up in this problem together, and maybe recognizing that will be key to helping us transition to something better. As a friend often reminds me, some of the adjustments we could make—simplifying our existence, acting more locally, focusing on resiliency—would likely make us happier.

How did you figure out how to respond to this issue or concern? What did this lead you to do?
When I consider the sources of my commitment, I give my parents a lot of credit. I remember as a kid having a sense for injustices in the world and not feeling good about that, and that feeling had to come from somewhere. It’s never really felt like a choice. Another thing I think about are the opportunities I’ve had to spend time in Honduras and Guatemala. It has been eye-opening to meet with community leaders and indigenous leaders, and I learned a lot about our role in the world, from the perspective of both oppressor and oppressed. Part of this was an observation of the difference between charity and mutual struggle. I think faith communities in general could do a better job of understanding the difference between those two things. I’ve certainly been in rooms where our better role is to sit quietly and listen. I am grateful for the people who have exposed me to those trips, many of them in our own UCC community. I think my part of the work we’ve been doing with Duluth for Clean Water and other environmental efforts is very much connected to these experiences, and also a love of the incredible wilderness in Northern Minnesota. In terms of the work, we all bring different skill sets, and I deeply appreciate the people who are committed to the day-to-day fights for justice, which are required for too many just to get by. What seems to be in my “wheelhouse” is trying to be a part of telling the truth about corporate exploitative models—and current proposals for exploitation—and how that relates to our shared prospects. I recognize that that’s just one part of the work.

What do you see as the connection between your faith and action? I’ll be honest, I don’t spend a lot of time thinking about the word “faith” itself.  But when I do think about it, for me, the connection between faith and action is all about community. It seems like I’m in good company on this at Peace. I love how active our community is. I was raised in the Lutheran tradition before my family started going to a UCC church.  Some of the traditions from growing up are still with me, but at its core for me it’s about community. I recently visited the church I grew up in for a memorial service, and I was struck by how at home I felt—a full 30 years later. There’s something so meaningful about being a part of a community that welcomes and remembers you decades later. There’s just something there for me. So I think faith is bound up in community.  And I think action is bound up in community.  And in that very basic sense, I think action is bound up in faith. I really appreciate the privilege of being a part of Peace Church.