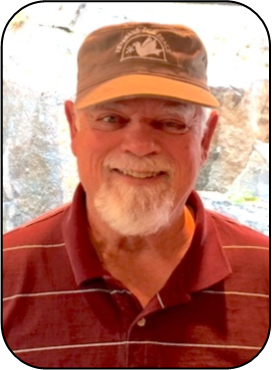 Back to Justice Ministries
John Pegg grew up in a suburban New York City family, where his parents emphasized the value of education, equity, work, and service. These values provided critical guidance during the deepening of John’s spiritual life. He was raised in Long Island, and his father commuted to Manhattan as a young Vice President for Shell Oil in the early 1950s. When John was thirteen, his father died of a heart attack on a plane returning from a business trip to Europe. The peaceful progress of their family life was shattered, and John had to go to work.

He graduated from high school and attended Colgate University in Hamilton, New York. After two years as an English major, John realized that he lacked a sense of direction and motivation, so he decided to take a break from school to reflect on how he could realize his core values. He met with a family friend who served on the local Selective Service draft board, and he was told that he had the qualifications to make a good Marine. John enlisted in February, 1962, for three years, and ultimately was given responsibility for managing intelligence reports. He soon noticed the discrepancies between the classified information and the media reports about the U.S. effort in Vietnam. As the misrepresentation grew more outrageous, John realized that this was not the job he had signed up for. This was late in 1963, when John F. Kennedy was assassinated. This was a time of significant turmoil for John. Fortunately, he met Lyn Clark, who shared many of his progressive values. They struck a deep chord and were soon engaged and married.

While in the service in North Carolina, John was aware of the racism that permeated the culture. He saw segregation in housing and education. He observed the direct impact of workforce segregation and the discriminatory effects of poverty. He and Lyn began working with youth through a church, and John recognized that he was good with youth and he enjoyed it more than managing classified information. This led John to alter his path. After completing college, he and Lyn moved to Long Island, where John worked for Chase Manhattan bank, managing customers’ portfolios. Sarah and David were born in Long Island. But between the long commute and the pressures of corporate diligence, John grew tired of managing capital assets for others.

After working as a pension fund investment manager for five years, John decided to study theology at Hartford Seminary in Connecticut. He loved the seminary curriculum and he quickly earned an MA in Religious Studies and then a Master of Divinity for ordination. After serving churches in Connecticut, New York, and Massachusetts, John and Lyn decided to seek a church further west. Their quest for progressive values and meaningful work was met by the invitation to serve Peace UCC in Duluth, where John’s skills as a pastor and his commitment to justice and peacemaking were welcomed.

Since his retirement from pastoral and service ministries, John has committed his energy and focus in many ways. He enjoys working with Veterans for Peace because, as he states, “war doesn’t work!” And veterans are often left broken due to the increasing needs of the global super powers. John feels a commitment to working with other veterans and raising their voices for justice and peace between people and between nations. He also has worked with Witness for Peace since 2001, when he was the founding organizer for the Midwest Region. He has led Witness for Peace delegations to Colombia and Cuba. He also served on both the national and regional Board of Directors.

Reflecting on the values that shape his life and work, John referred to a statement by Gandhi: “Our earth provides enough for every [one’s] need but not for every [one’s] greed.” John believes that “we have enough to meet our needs, but if some want more than others, the greed may undo our body politic.” John finds fulfillment working with others on cultivating our interdependence. “Justice requires that we welcome the stranger, understand our mutual interdependence, and live with compassion – as we walk humbly together with our God (Micah 6:8).”