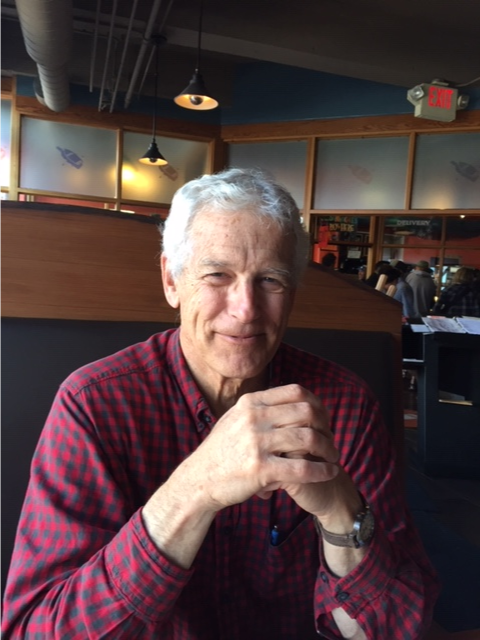 Geof Witrak’s sense of social justice is grounded in his desire to “give until it feels good.”  His life is shaped by generosity, engagement, and hope—values that were nurtured by his family and their roots in faith.

Geof grew up around the shores of Lake Minnetonka, where he learned how to bale hay, spread manure, and maintain fairways, in addition to swimming and fishing.  He grew up with a deep respect for his grandfather and father who both worked to find successful roles in their communities.  His grandfather, Alex Witrak, emigrated from the Ukraine in 1912. However harrowing it must have been to plunge into all the risks and unknowns of immigration, it was the right decision. Had he remained, he would have had to face Stalin’s terror and the Holdomor, the mass starvation which reportedly killed 7,000,000 Ukrainians for resisting collectivization of their farms under Communist doctrine.  Alex landed on Ellis Island as a pilgrim seeking a new identity and a fresh start in the United States. This was a particularly difficult path during the Depression, as his grandfather was immersed in a new geography, language and culture.

After graduating from St. Olaf, Geof decided to attend medical school at Case Western Reserve in Cleveland.  But after investing two years of time and effort, he decided that medical school was not for him.  He approached his Dean about dropping out of med school.  However, the Dean recognized Geof’s gifts and capacity, and suggested that Geof take two years off to consider other opportunities. Geof saw the wisdom of the Dean’s suggestion.  After a year of reflection and exploring other options, he met Gudrun.  With her help he reconsidered his career options, and his low draft number, and contacted his Dean again about returning to medical school.  Geof mentioned that he had met a wonderful woman from Minnesota, and asked if he could continue his medical degree at the University of Minnesota medical school.  Dean Caughey was quick to encourage Geof’s return, contacted a friend who was a Dean at the University of Minnesota, and the doors at the med school opened.  Geof knew he was lucky to find Gudrun and enroll at the U of M.

This critical decision generated some deep harmonies in Geof’s life.  It helped him to build a successful
37-year medical practice as a pathologist—30 of those years with what is now Essentia Health.  Geof retired recently from a rich career of serving with a talented team of medical professionals.  Noting that service and gratitude were elements of his family’s tradition, Geof has become active in a number of local groups, including AICHO, Minnesota Interfaith Power and Light, and Lake Superior Solar Finance, LLC, which are working to improve justice and equality in Duluth’s community and to create climate responses. He serves with groups that are committed to improving our community by speaking out, becoming actively engaged, and focusing on common cause solutions.  As an active and informed citizen, he has served Duluth with pattern recognition skills he used at Essentia.   Now he uses that skill and insight about interdependent systems to support local teams that address issues of inequity and neglect.  His generosity and positive humor have provided more than financial support to a number of these local teams and their efforts to improve our teamwork and collaboration.

Geof’s sense of humor is one aspect of his commitment to shared justice.  As a doctor, he learned his way through suffering and death with patients.  This journey has helped him realize that our life choices can leave us either more satisfied or more discontent.  His work with people and groups in Duluth who are dedicated to improving our local systems has been deeply rewarding.  The journeys of his grandfather, Alex, and his father, Bohdan, continue to inspire his gratitude for gifts received.  His mother used to remind him that it was “better to be lucky than smart.”  And he soon learned that the best response to good fortune was gratitude.  This has made him sensitive to the Angels among us, those individuals who lead efforts to make the world a better place.  He shares their focus on justice for the entire community.  One of the foundational principles of his faith is to “Love thy neighbor as thyself”, with all that implies regionally, nationally, and internationally.”  Geof, who is both lucky and smart, works to share that love.