Beth Bartlett:  Bending the Arc Toward Healing, Harmony, and Justice 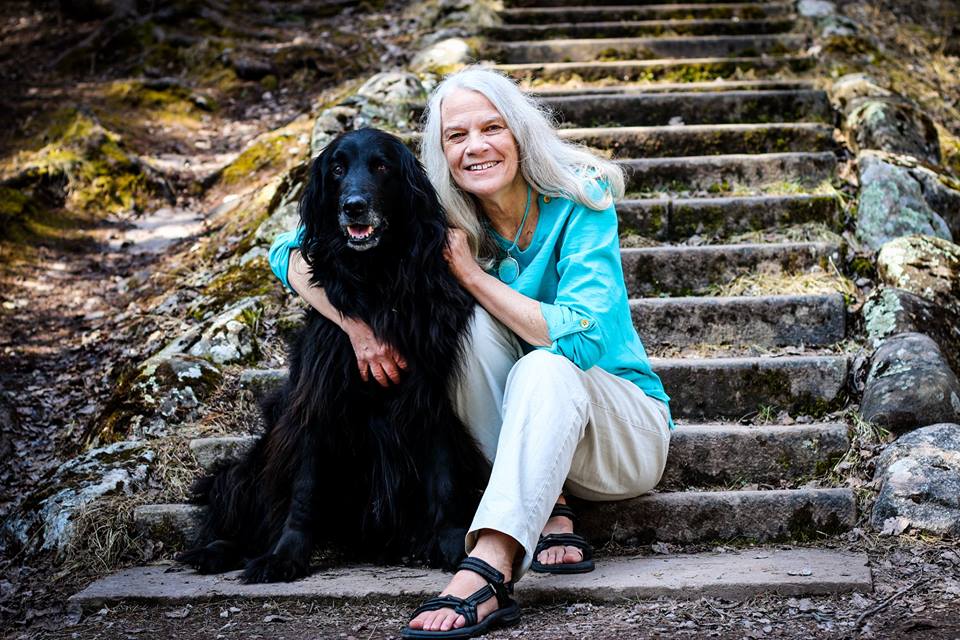 “Finding meaning in life, creating a just and peaceful world, healing and wholeness, and connection with the natural world have been the continual themes throughout my life.” For Beth Bartlett, the most pressing issue at this time is “climate change and all of the social issues surrounding it.” The issues that matter most to her are all rooted in climate, environment, and environmental justice—and include Line 3 and Polymet; racial injustice; oppression on the basis of sex and gender; immigration; war and militarism; the economic divide. What Beth would most like to change is the patriarchal paradigm of dominance over “the earth, animals, women, and oppressed Others.” Her life work has focused on shifting to an ecofeminist paradigm of “equality, respect, and harmony.”

Beth has dedicated her life to helping create this change—as a teacher and scholar, an author, an activist, and a healer. She taught political science and women’s studies at UMD, and was a founding force for the Women’s Studies department. She also was an active force in the growing feminist movement in Duluth, working with ground-breaking feminist organizations. She found community in women’s music and continues to sing with Wild by Nature. Since she retired from UMD in 2017, she has continued her activism.   She also has continued her development as a healer, establishing her spiritual direction practice as well as facilitating healing in those who have experienced trauma. “I do believe that in healing trauma we help to heal the world.”

“The call ‘to act justly, love mercy, and walk humbly with your God’ is rooted deeply in my faith tradition,”
Beth states. But she also struggled with that faith tradition—“with its patriarchal and misogynist culture.” She has learned much from Buddhist, feminist, and creation spirituality, in addition to Christianity. “In order to walk humbly on this earth, I needed radically to change and expand my understanding of faith.”

Beth’s life has been shaped by the confluence of faith and action.

“I went to my first march for peace against the Vietnam War in 1971, and I have been marching and rallying ever since: for the ERA, Take Back the Night, marches protesting wars, marches for the climate, clean water, Black Lives Matter. “I’ve stood on street corners and spoken at rallies and been a peace marshal and held signs…I’ve spent a lot of time at public hearings.”

Behind the scenes, Beth has been cooking meals for Loaves and Fishes for over two decades. She helps grow the Peace Garden, delivers food to CHUM, supports water protectors with food and baked goods.

She feels a responsibility “as a settler on this land, to act in whatever ways I could that would be reparative and restorative to the indigenous community.” This has meant speaking at PUC meetings about the Sandpiper and Line 3 pipelines, baking bread for Standing Rock, participating in vigils. “Mostly it has meant befriending, and those friendships are the basis for everything.” Recently, she became certified in Indigenous Focusing-Oriented Therapy (IFOT) for complex trauma, which she hopes to offer in the indigenous community.

Beth sees her work at UMD as another way of putting her beliefs into action, as she helped students to think about justice, patriarchy, and oppression, encouraging them to “bend the universe toward justice.” “I hope that I helped generations of students find their authentic selves and voices.”

Beth is also an author who finds that writing is another way of acting on her beliefs. Rebellious Feminism and Making Waves: Grassroots Feminism in Duluth and Superior articulates her feminist beliefs, as well as records a significant history of feminist activism in Duluth. Journey of the Heart, a reflection on her heart transplant, is a powerful expression of her faith journey and her desire to help others in their own healing.