Jesse Schomberg: Protecting What We Have Been Given 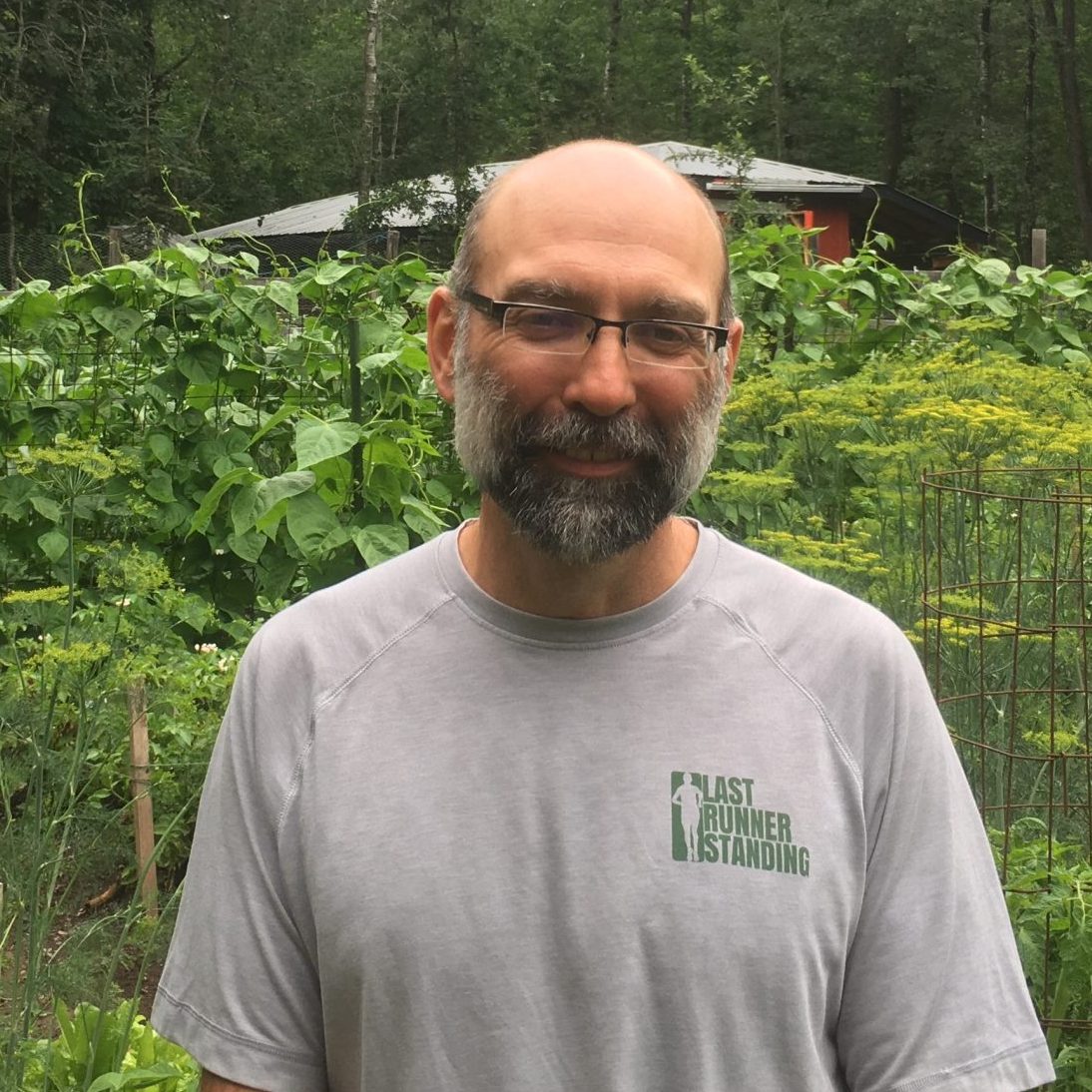 Jesse was raised outside of Fairmont, Minnesota, on a small farm built from the hope, passion and drive of his parents, Gary and Nancy Schomberg. Gary was an engineering tech for the city of Fairmont in addition to working the farm and livestock. Nancy worked at a food processing plant and ran the family garden and kitchen. Their passions and skills helped shape Jesse’s life.

Since the family used everything they raised, Jesse learned to manage a variety of animals (including cattle, pigs, chickens, turkeys and ponies) and how to grow and harvest a variety of crops. He also learned cooking and preserving skills, as well as a sense of proportion and waste related to food. His dad was a member of the Martin County Conservation Club, and taught Jesse how to work with natural systems to protect deer and fish.

Because of his interest in protecting and learning about natural systems, Jesse decided to attend UMD, where he majored in biology. He learned about the links between Duluth’s community and the area’s forests, fields, wetlands, streams, rivers, lakes, and animals. He became active with UMD’s Outdoor Club, Wuda Wooch, where he met Spice—another focused and enthusiastic outdoor adventurer.

They married in December of 1992. A year later, after Spice finished her nursing degree, they moved to Idaho State University in Pocatello, where Jesse earned a Masters in Biology with a focus on aquatic ecology.

During the 20 years that Jesse has been working to protect the area’s aquatic and natural resources, he has recruited a variety of local, state, federal, and global partners and organizations to collaborate in protecting this watershed and its resources. Some of the Sea Grant efforts Jesse has been involved with include addressing the safety of our beaches, helping communities prepare for climate change impacts, monitoring water quality and watershed management, and helping with Duluth’s Comprehensive Plan.

As the tourist industry has exploded, more people come to our beaches and bays. This has generated a variety of safety and health issues that Sea Grant helps manage. The Park Point beaches are one example of the growth in use and risks. After a rip current drowning in 2002, Sea Grant worked with local partners to build more awareness about risks and responses. The net result is still up and running (www.parkpointbeach.org). This site informs viewers of the possible risks, the degree of warning, and the variety of engaged partners. Projects like this are a tribute to Jesse’s listening, collaboration and commitment. He helps partners focus on actions that make a difference by both preserving natural resources and expanding use—a delicate dance.

Jesse is an excellent listener. His collaborative leadership helps people work together to create the path to a more sustainable, safe and satisfying future. Jesse’s commitment to environmental justice has been a shaping force in the protection of our natural resources.

As he reflected on the sources of his sense of justice, Jesse said that his focus on food was at the heart of his understanding of justice. All his life, he has been involved with growing, harvesting, and processing food. He has been an active steward of the land and water, from his own lush gardens, to our watershed, to the planet.

As Jesse reflected on his development from his youth to his work as a protector of creation, he mentioned that he was raised in a UCC Church, and that he had gone through confirmation as a young man. But he never recognized the power of hope until he understood the logic of shared stewardship. After a thoughtful pause, he said, “I never realized how spirituality brings people together until I came to Peace, where I could sense it working.”  That was said with a smile, recognizing that he was not alone and that there were others with a similar sensibility—who use hope to work together as stewards. As an active steward of what we have been given, Jesse has honored his parents, his community, his heritage and his hopes.