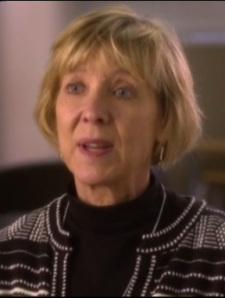 The social issue that is most important to Gayle Kelly is closing the achievement gap, the racial divide in our state that starts so early.  “I think about it as equity for kids.”  Gayle, who recently retired as Executive Director of Minnesota Head Start, stepped into that role twenty years ago with a commitment as a child advocate. She brought her experience working on policy issues and federal programs that were central to children.  She also brought the conviction that we were not starting soon enough with children, and that the services provided were a patchwork.  “One of the things I love about Head Start is that it’s a comprehensive service that looks at the whole family.  I like that holistic approach.”

However, Gayle states that while twenty years later, we have a better understanding of the importance of early education and are providing more services, we still have not made a whole investment in the concept of equity.  “Justice just isn’t happening fast enough for our kids.  What we have learned over the last years about brain development and addressing trauma makes the most compelling argument to invest in our kids.  If we really care about the disparities in the state, then someone has to say other kids matter as much to me as my kids, and that’s not currently a consensus that you can find at the capitol.”

Another issue that Gayle is passionate about is the effect of criminal records on families.  “So many of our families are walking into parenting with criminal records that keep them from employment and being able to secure housing.  There’s so much in our justice system that is holding down a whole generation of young families.  You can never subtract a child from a family.  It’s not just about kids, it’s about families.”

Gayle is a child of the 60’s.  “Martin Luther King, JFK being shot, these were traumatic experiences for me as a 5 year old.  So many social issues confronted us as elementary kids.  Imagine being 60 and seeing all of these things crashing back at you.”  George Floyd’s murder, the Black Lives Matter movement, the disparity in terms of the impact of COVID-19 on communities of color and indigenous communities all are evidence that there is still such bias, injustice, and inequity.  As she watched the same issues confronting us again, Gayle realized “I wanted a different language—how could I see it differently, how could I be different?”  The Thirty Days for Justice that Peace church offered helped her to once again uncover the privilege that she had started to take for granted.  “I realized I have to own that privilege every single day.”  And, referring to Plato’s notion of justice, Gayle believes that every person has to do their part with what they’ve been given.  “We have a responsibility to all that we’ve been given.  If everyone did that, maybe things would be different.”

Gayle was raised in a very active Lutheran church in the 70’s.  She spent summers at the White Earth Reservation at a Native church there.  She was very involved in all kinds of community service.

Her grandma was always her hero.  “I think her soul was such that I never felt there was any bias at all—everyone was a neighbor and everyone was loved.”  She reflected that she had a lot of that kind of love in her life.  “My parents are beacons—community minded, spiritual people that really expect everyone to do what they can.”   Her family, “all fierce advocates for justice,” has been a solid foundation for her work.

Another inspiration is Aubrey Puckett, the person who hired her for Head Start. “She was my guiding light about how to think about families.”   Gayle noted that the Head Start community began in the South during the 60’s, and it is full of really thoughtful, deeply religious African-American women leaders.

As Gayle reflects on the connection between faith and action in her life, she says that  “Jesus is the best guide to call out injustice—and live your lives trying to do something to make a difference.  The faith is there with action.  I don’t try to push my faith on anyone, but I let my actions speak for themselves.”  As she continues to work on projects for Head Start, Gayle’s actions speak clearly for equity for all kids.