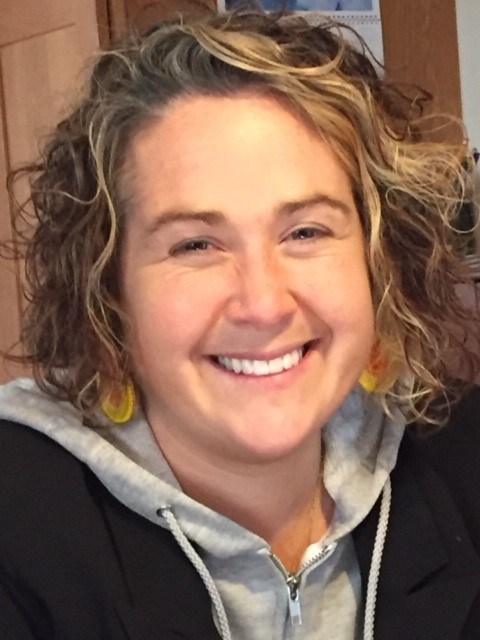 “I don’t know what Saul heard on his road,” Diana Oestreich said, “but my conversion was in a tent in the desert during the Iraq war.” She was twenty-three years old, a combat medic with the Army National Guard. She slept at night with a 9mm beretta by her side. And the entire time she had been immersed in war, her gut was clenched in tension and anguish. Her military experience did not fit her faith. “Is this how I love my neighbor?”

One night, another soldier said that he would never take away someone’s chance to know God. He refused to put bullets in his weapon. That night, Diana realized that “I would give my life for another, but I will not take another life.” She woke up knowing what she would do, and removed the bullets from her own gun.

“I chose to love first, even if it meant losing my own life. I would fight for peace with sacrifice, not bullets.”

War was the most painful and yet the most transforming experience in her life.

“The war unmade me,” Diana said. And it made her into a Peacemaker. She is now on the staff of Preemptive Love Coalition (preemptivelove.org), an organization based in Iraq whose mission is to “unmake violence by confronting fear with acts of love.” Its focus is showing up for refugees in Iraq and Syria with food, water, medical care—and empowerment, helping people start microbusinesses as a way to reclaim their future from violence. As a stateside representative of Preemptive Love Coalition, Diana works with groups of people across the country—churches, schools, book clubs, civic groups. Her goal is to help people learn peacemaking, which “challenges us to see how to cross boundaries. It is essential to confront the violence and the need for peacemaking in our own communities, to help people believe that change is doable and change is local.”

Diana first met Iraqi people in her role as a combat medic charged with treating everyone. As she was invited into homes, and got to know families, she felt that “I was part of a bigger family of God. One that cannot be separated by flags, countries, or citizenship, or different names or ways to worship god.”

“I grew up in a religious tradition that taught me to love God but not my neighbor,” Diana said. “I never heard a pastor talk about non-violence.” Preemptive Love put words and action to what God told her in the desert. “Violence is the opposite of love,” Diana believes. “Violence is the poison that is hurting us. Violence is breaking down the family of God.” Through Preemptive Love, I “found a way to put my hands on justice.
I became part of remaking the world. My heart bounced back.”

Diana is a peacemaker. She is also a writer. “Writing helped me find my voice. Writing helps me have a voice. It helps me heal from violence. Writing gives me the courage to speak up—about racism, about injustice, about violence.”

As she reflected on the sources of courage and action in her life, she named her angel, that nameless soldier. The list quickly grew to include the person of Jesus, Martin Luther King, Jr., Nelson Mandela, poets and writers (including Maya Angelou and Glennan Doyle), Father Gregory Boyle (an LA priest addressing gun violence and gangs). She also names her husband, Jake, who wrote to her throughout her deployment, making her believe that “out of all the violence and evil I had seen people do to each other in war, that there was also love.” And she names her two sons: Bridger, who “inspires me to be brave when I’m feeling hopeless” and Zelalem, who “teaches me to believe in myself when I’m scared. They are the best 10 and 11 year old coaches on how to show up and love.”

As Diana reflects on her position in the world, she writes: “I don’t
lean left or right. I lean in. I lean forward, because that’s where love lives.”