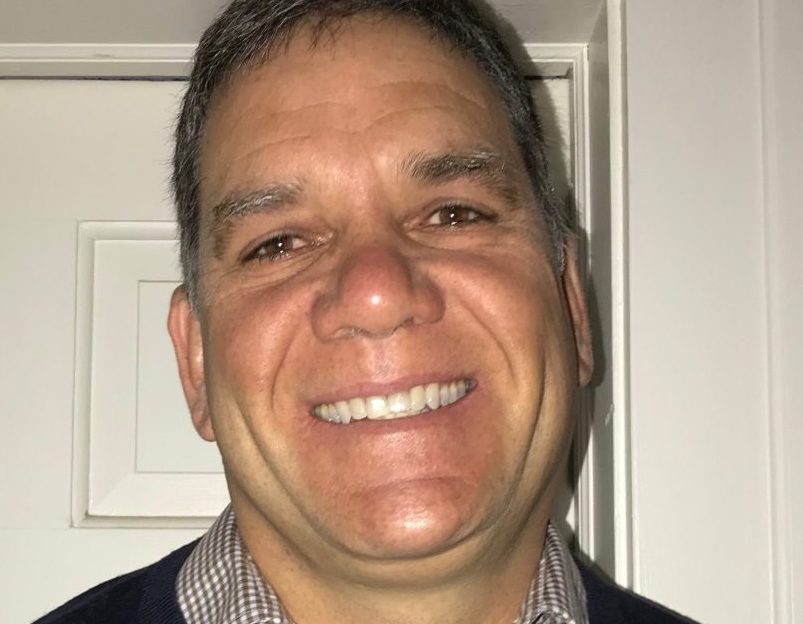 Back to Justice Ministries
What does the Lord require of you but to do justice and to love kindness, and to walk humbly with your God? (Micah 6:8)

Carl Huber’s stories always seem to include family and spiritual journey. Together they form the common thread woven to connect all aspects of his life. Carl is comfortable talking about his spiritual journey, which is often not the case for men socialized in our society. For Carl, the sacred space inside of himself and others is where he finds God. That voice of truth inside him will never allow him to give up until he acts for and finds justice.

Carl and Catherine have been married for 20 years, and have lived in Duluth for 15 years. Their two daughters, Eva (18) and Anna (16), brought them to Peace Church in January 2017. These two amazing young women were searching for something that was missing in their own lives, and were attracted by the Peace Church youth program, particularly the work camp trips where they have learned “how to change the world.” The whole family has now become deeply involved in the life of Peace Church.

Carl was born into a Catholic family, and educated in Catholic schools through college. Until recently, the family worshiped at a Lutheran church. Although church attendance has been important, Carl clearly is a person searching for his own truth and looking for his sacred voice. This journey led him to two years of Catholic seminary, where he found great inspiration in Catholic social teachings, retreats, and participation in spiritual direction. It was through women in the Catholic church that he became “a friend of Jesus.”

Born in St. Louis, Missouri, and having lived all over the US, North and South, Carl has grown from his various cultural experiences. While he was employed as a financial aid officer in a black college in New Orleans, he worked hard to learn about the connection between racial justice and poverty, which led him to become an Ally in racial justice work.

Searching for justice led Carl to employment that focuses on the enrichment of others. After attending Loyola University for one year in the graduate school of social work, he served as a child welfare social worker in Chicago. He also served students and their families in financial aid and alumni affairs in several colleges. At the University of Wisconsin, Superior, Carl developed a program to assist veterans and other nontraditional students returning to college. Currently, he is serving in the financial aid office at UMD, where he is finding creative pathways through the maze of bureaucracy to help lead students and families to a life free from abusive debt.

Carl is also working on a clean-up of the Clayton Jackson McGhee Memorial site. His goal is to complete the work by mid-April, to commemorate the 50th anniversary of the assassination of Martin Luther King, Jr. His hope is to engage men in Duluth to work together, and encourage discourse that will build bridges rather than create barriers. Carl believes that we are “called to welcome strangers as our friends.” With this project, as well as Carl’s other commitments, he works to motivate people to join in justice work across the many social issues challenging us.

Carl has a passion for storytelling. Through volunteering at the St. Louis Co. Historical Society, as a listener and transcriber of veterans’ stories, he has found great power in stories. He values the insights stories reveal about overcoming life’s barriers and the power of building bridges through stories. Desiring to use stories more fully in his life, Carl has enrolled in the masters program in Liberal Studies at UMD, concentrating on storytelling.

A recent report from the Peace Church Sanctuary team affirms Carl’s continuing passion for justice through his participation in making Peace Church ready to offer sanctuary. One team member praised Carl’s thoughtfulness and commitment, noting that when he finished one assignment, Carl asked “what more could I do that would be helpful?” Carl knows social justice work often doesn’t bear fruit for years, but he will never give up until we all experience the Beloved Community visualized by Dr. Martin Luther King, Jr.

Carl was interviewed by Bill Hardesty