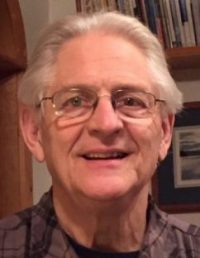 When he reflects on the issues that are most important to him, Bill Mittlefehldt focuses on inequality—the disproportionate opportunities that affect income and racial groups—and environmental justice.  He became aware of the dynamics of inequality as a student during the time of Viet Nam, Kent State, and Rodney King.

Although he started college intending to be a medical doctor, a jolting encounter with calculus changed his direction. His commitment to healing focused instead on political science and education—healing our communities, our body politic.

After finishing a degree at Lawrence University, Bill decided to serve as a VISTA worker in Brooklyn.  He lived with a Puerto Rican family in a mostly Black community.  As a white guy who grew up in the Chicago suburbs, that was eye-opening, as he experienced the huge contrast between his privileged life and the daily struggle of Black kids to survive. He decided to go to seminary in order to get at the deeper issues around justice. He attended Chicago Theological Seminary, where he met his partner Pamela.  He realized that his ministry would be through teaching, rather than preaching, and began a thirty-two year career as an educator, where a major focus was on helping high school kids strengthen their leadership skills and do healing work in their communities.

One aspect of his career in education that has been central to his sense of ministry has been service learning.  Recognizing the brokenness in so may aspects of our lives, Bill is committed to working with youth, helping to connect them with community leaders to address problems, and suggest solutions. He cares deeply about youth and the power of their commitment, and has helped nurture remarkable collaborations between business leaders, environmental activists, and young people.

Environmental justice is another major focus for Bill. He grew up loving to be outdoors, developing a strong sense that the Creator is near. Bill believes that his responsibility is to be a steward of the natural world, a belief that permeated his teaching and the way he raised his two children, Noah and Sarah. One life-enhancing experience was canoeing from Duluth to New York City with his daughter, recording twenty-two stories of efforts for sustainability and preservation on the shores of all the Great Lakes.

Part of Bill’s education and training focused on the psychology of development, and he is intrigued with the workings of the human brain.  “The brain is our belief machine.  The things you believe drive your behavior.”  He believes we have the ability to be connected to people all over the world as we address the tensions, dilemmas, and challenges of change.  Bill believes that “belief is a key part of human development.  We need mercy, forgiveness, and hope.  Perhaps in understanding this, we can rejuvenate the capacity for doing things together that we can’t do alone.”

Bill believes one of our most powerful assets is the God gene. This physiological response to our environment gives us all the capacity for deeply moving emotional experiences.  From these experiences, we build relationships with people, partners, and creation.  He is intrigued by the universality of religion.  This God gene drives our belief systems, from which we develop cultural vocabularies and traditions.  It is the source of the renewable possibilities of healing and hope.

Bill is grounded in and nourished by his family heritage.  A relative, Peter Brown, sailed on the Mayflower and signed the Mayflower Compact.  Another fought in the American Revolution.  His grandmother was a Suffragette in New York City, and his mother was a peace activist.  His sister was a Freedom Rider in the 1960s and worked with SNCC.  He grew up in an active and socially committed Congregational Church.  He has found inspiration from myriad sources. The words of Jesus, “Love your neighbor as yourself” are the basis for Bill’s commitment to working for equality and justice.  He was moved by  Martin Luther King, whose faith was the basis of his power.  He works to honor the healing power of hope that brings us together, enriching our relationships and guiding our choices in challenging times.